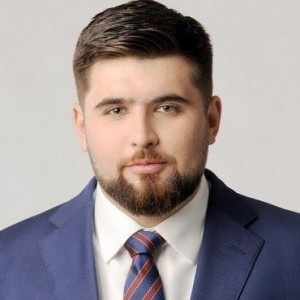 He worked among others at the Independent Public Provincial Specialist Hospital in Chelm, the National Health Fund, the Ministry of Justice and the parliamentary office. He was an assistant of prime minister Jarosław Gowin and councillor of Ochota - Warsaw District.

He contributed to the health programme of the United Right Wing before the parliamentary election in 2015. He used to work as an adviser of Health Ministry Konstanty Radziwiłł, the Prime Minister Mateusz Morawiecki, attorney of Lublin province governor for Growth of Medical Services and chief of staff of Minister for Enterpreunership and Technology Jadwiga Emilewicz.

In self-government elections in 2018 PiS he became a candidate for the mayor of Chełm City. He won in the second round, assuming the office as one of the youngest mayors.