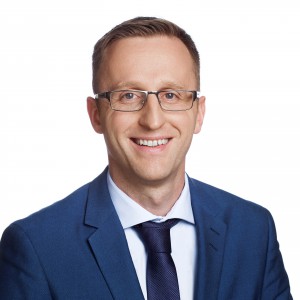 In 2007 Karolis Sankovski graduaded from Mykolas Romeris law university in Vilnius, specializing in EU and international law. Later he obtained master in law at Aix-Marseille 3 university with discipline of Environmental, Quality and Safety law at enterprices. From year 2008 Mr. Sankovski has been mainly active in management and coordination of major strategic power transmission grid projects including LitPol Link and NordBalt as well as preparatory activities in Synchronisation of Baltic Countries with Continental Europe Networks. He acted in positions from project manager to member of executive board and supervisory board. At present Mr. Sankovski is a Deputy CEO and Director of Railway Infrastructure Directorate at JSC Lithuanian Railways as well as CEO of Rail Baltica Statyba, one of the shareholders of RB RAIL AS.