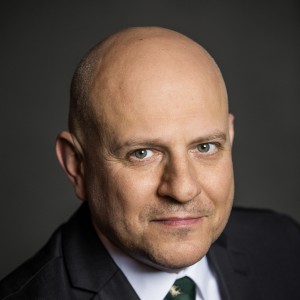 Business journalist, the President of Fundacja Przyjazny Kraj (eng. the Friendly State Foundation), which, among others, runs research and economic analyses, supports development of entrepreneurship and educational projects.

Laureate of many awards and honorable mentions in journalism:

-        the Eugeniusz Kwiatkowski Award by Academy of Economics in Krakow (currently: University of Economics) in 1996 for an article, “Rok audytora” (eng.“The year of an auditor”) in a month periodical, “Gra na giełdzie” (eng.“Game on the stock exchange”), “Rzeczpospolita” (eng. “Republic of Poland”),

-        honorable mention in the competition “Kierunki rozwoju gospodarki polskiej do 2005r.” (eng. “The directions of development of the Polish economy by 2005”) by Coopers&Lybrand,

He was also nominated in the category of specialist journalism in Grand Press in 2003 and 2012.

In 2005 he was nominated for the title of “The personality of financial and capital market of 2005”. He was honored with the title of “The journalist of the year 2011” by Stowarzyszenie Inwestorów Indywidualnych (eng. The Association of Individual Investors). In 2015 he was among laureates of the contest named “People and institutions of financial market 2015” organized by CFA Society Poland and “Parkiet” (eng. “The parquet”), the newspaper on stock exchange.

He is an author of “K.I.S.S.”, a novel on behind-the-scenes of capital market. He is a co-author of following books: “Regulowany rynek kapitałowy w Polsce. Początki” (eng. „Regulated capital market in Poland. Beginnings”) and „Raport roczny spółki publicznej” (eng. „Annual report of a public company”).