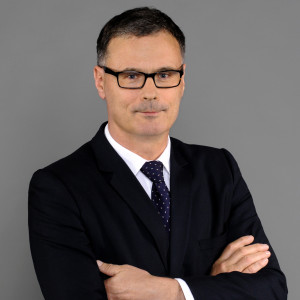 Minister of Finance in 2006, Undersecretary of State at the Ministry of Foreign Affairs of Poland in the years 2009-2010

2006-2014: Polish ambassador to the OECD, deputy foreign minister, CEO of the Polish Information and Foreign Investment Agency and minister of finance. 1995-2005: CEO of PTE Allianz Polska S.A. and earlier CEO of subsidiaries of the Polish Development Bank S.A. He graduated in economics from John Carroll University in 1986 and continued his master and doctoral studies at Case Western Reserve University. He holds Ph. D. degree from Systems Research Institute of the Polish Academy of Sciences. He lectured at Harvard, John Carroll and Koźmiński universities. He works as Chief Economist of the Social Insurance Institution since 2014.