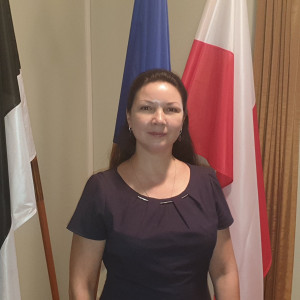 She previously dealt with different topics working in the Communication Department, the Department for European Affairs and the Political Department of the Ministry of Foreign Affairs, as well as at Estonia’s Permanent Representation to the Council of Europe (from 2006 to 2008) and Estonia’s Permanent Representation to the UN and other international organisations in Geneva (from 2011 to 2014).