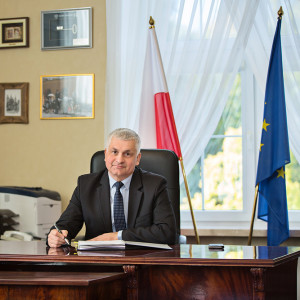 The Voivode of Podlasie

Bohdan Paszkowski was born on 31st of January 1965 in Białystok, Poland.

In the year 1989 he graduated from the Faculty of Law of the University of Warsaw in Białystok.

In 1992 he completed judicial apprenticeship and passed judicial and legal adviser examinations. He is a member of the Regional Chamber of Legal Advisers in Białystok. In the years 1993-94 he was a legal advisor to the Regional Management Board in Białystok of the “Solidarność” Independent and Self-Governing Trade Union. On December 1996, he became the secretary of the Municipal Office in Białystok. In 2007 he was elected the Voivode of Podlasie.

On December 9th 2015, Bohdan Paszkowski was appointed as The Voivode of Podlasie by the Prime Minister Beata Szydło. He belongs to the Law and Justice party and is a member of its Political Council and the district's board of directors.

He is married, a father of two.